Changes to the Scrum Guide and What they Mean

Home/Agile, scrum/Changes to the Scrum Guide and What they Mean

The Scrum Guide acts as an official handbook for people using the Scrum framework. Scrum is an agile framework, designed to help individuals, teams and organisations solve complex problems through flexible, adaptive working.

Because Scrum is adaptable, the Scrum Guide has regular updates and changes to reflect this.

What is the Scrum Guide?

The founders of Scrum, Jeff Sutherland and Ken Schwaber are the authors of the Scrum Guide.

The guide is a handbook for users of the Scrum framework. The 2020 edition is its most recent update, but there have been previous updates since it first appeared in 2010.

The Scrum Guide is now on its 6th edition.

What’s Changed in the Scrum Guide?

The 2020 version of the Scrum Guide is a lean affair, pared down to 13 pages. Its authors’ intention is to make it more accessible for a broader range of users.

Consequently, the wording is more generalised, removing Scrum further from its origins as a framework for delivering software products.

The whole tone of the new edition is less prescriptive. This underpins the nature of Scrum as a framework rather than a methodology – it can’t possibly address every potential variation or situation in precise terms.

It’s designed to help with complex work, but to do this, Scrum must avoid complexities of its own to make it as adaptable as possible. The latest Scrum Guide embodies this approach.

Overall, there are fewer rules, and a softening of the language to enable easier, localised adoption and adaptation of the framework.

Changes to the Scrum Team

In the new guide, there is now just one Scrum team and no more sub-teams. The Scrum Team consists of:

Developers replace what was previously the Development team.

The guide now refers to teams as self-managing rather than self-organising, emphasising how the team should plan, structure and manage its work independently.

The Scrum Team now refers to the entire team, rather than only the Developers, and should remain as small as possible. The maximum number of team members should be 10.

The guide no longer refers to roles within the Scrum team, but instead, these are now known as accountabilities.

With there now being just one team, the focus of this team is on one product. There can be a risk with Scrum that the emphasis is more on the vehicle than on the end goal.

The new edition of the Scrum Guide puts the focus squarely on the overarching purpose of the Scrum team to deliver a Product Goal.

Goals should be clear and singular because they give meaning and purpose to the team.

The Scrum Guide already included a single Sprint Goal, and now adds to this the single Product Goal. It’s worth noting that this single Product Goal need not be static – it’s likely to change or evolve as the team works towards it.

In terms of Spring planning, the Scrum Guide already includes:

This is the question the team should ask first, and bear it in mind throughout the entire process.

Having clear and singular goals helps to create cohesion and autonomy within teams.

The Sprint team must agree on:

The commitment is towards goals rather than to specific tasks. But during a Sprint, the Scrum team can deliver more than one increment.

Why Do These Changes Matter?

By reducing the emphasis on different roles and presenting the Scrum framework as less prescriptive, the Scrum Guide aims to make it more accessible to a wider range of users.

These changes should also help avoid any potential conflicts between people with different accountabilities within the Scrum team – the team is self-managing and therefore largely free to decide how it divides up the work.

The commitment to goals also highlights the practical benefits that Scrum can offer organisations while moving away from focusing too deeply on the processes themselves.

Effectively, the Scrum framework sets the goalposts, but the participants must decide how best to deliver the goals.

The new Scrum Guide also includes various changes to Scrum terminology, which will have relevance for those organisations already using the Scrum framework but are less significant than the bigger changes we’ve talked about here.

The Scrum Guide helps to convey the key purpose of the Scrum framework: to help people and teams solve complex problems.

Making the Change to Agile: Dos and Don’ts

Why Do Scrum Teams Fail?

Product and Sprint: How Backlogs Work in Agile

Waterfall or Agile: Which Will Work Best For You?

For further information about Simple Progression or to request a callback, please complete the form below. 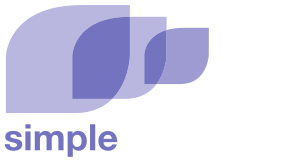 As business analysts, we help you apply an agile mindset to your business, giving you a practical toolkit for success.

You can find out more about which cookies we are using or switch them off in settings.

This website uses cookies so that we can provide you with the best user experience possible. Cookie information is stored in your browser and performs functions such as recognising you when you return to our website and helping our team to understand which sections of the website you find most interesting and useful.

Strictly Necessary Cookie should be enabled at all times so that we can save your preferences for cookie settings.

If you disable this cookie, we will not be able to save your preferences. This means that every time you visit this website you will need to enable or disable cookies again.